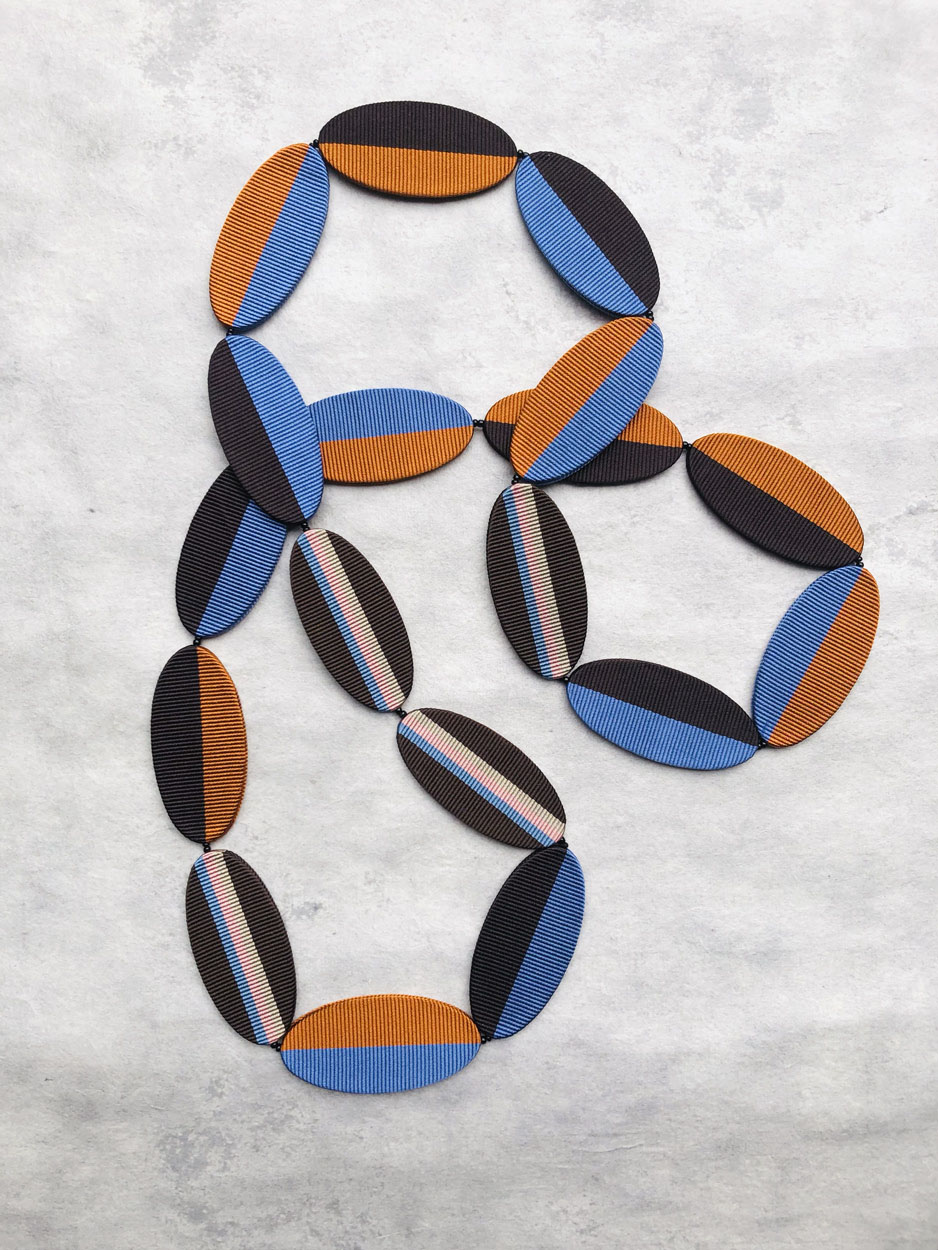 Founded at the beginning of the 1900s in Geneva, “La chemiserie Jacquet” tailors for men went on to become a veritable institution and a synonym for masculine elegance.

After changing hands on a number of occasions, the shop closed its doors for good in 2005.Valérie Hangel was fortunate enough to get to know the last owner of this historic store, who in his generosity was willing to donate a significant quantity of silk twill, the like of which was used to make bespoke ties and pocket squares for the gentlemen of the city.

From among the various styles on offer, Valérie’s choice in the end was for striped silks which had a real graphical presence. The shape of the pearls clearly reframes the linear design of the stripes to create a new optical rhythm. At times, the invisible borders which separate the colours to form the stripes undergo a metamorphosis, becoming colours of their own. The original design disappears, to be replaced by a new visual impact that is simple and efficient.